Malaria is a common and life-threatening disease that affects thousands of travellers every year. It is spread through the bite of an infected mosquito, of which there are five different species worldwide that can spread the disease to humans. Mosquitos that transmit malaria, normally feed from sunset to sunrise. Symptoms of malaria may vary but include fever, headache, fatigue and muscle aches.

Malaria is widely distributed in tropical regions around the world, including parts of Africa, Asia, Central and South America, the Carribean and the Middle East.

All travellers to countries or areas where malaria occurs are at risk of infection. Migrants to the UK that were born in malaria risk areas are at high risk when visiting friends and relatives in their country of birth. This is because of an assumption that they have immunity from having being born there. Immunity however, disappears very quickly upon moving to an area with no malaria risk.

The choice of tablets is dependent upon the type of malaria present in the area visited and if there is any resistance to any of the available medicines.

We can provide medication to prevent malaria that is appropriate for the area of the world you are visiting. We also make sure you know what steps to take to help avoid insect bites, including the use of WHO recommended insect repellents.

Cholera is bacterial infection that is characterised by watery diarrhoea. It is commonly caused by contaminated food and water.

Common in many low-income countries and is associated with poor sanitation and poor access to clean water. The overall risk for travellers is very low but the risk is far greater for those living in unsanitary conditions, for example relief workers in disaster or refugee areas. 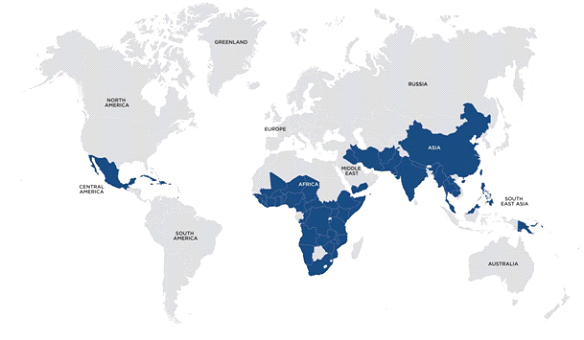 The disease is endemic in Africa, Asia, Central and South America and is prevalent in areas where there is poor sanitation.

Dukoral, a licensed vaccine effective against cholera, is available in the UK. It is not recommended for most travellers but for those whose activities or medical history puts them at increased risk. This includes:

The combined injection protects against three different diseases. Tetanus is a vaccine-preventable disease that is caused by toxins produced by bacteria found in soil worldwide. Polio is a potentially paralyzing, vaccine preventable viral infection that is transmitted through food or water contaminated by human faeces or direct contact with an infected person. Diptheria is a bacterial infection that is spread by exhaled water droplets, especially when in close contact with local population of endemic countries.

Travellers should have completed or be up-to-date with a primary vaccination course according to the NHS vaccination schedule.

Hepatitis A & B (+ paediatric)

Hepatitis A is a highly infectious virus that can cause inflammation of the liver. The virus is most commonly transmitted through food or water that has been contaminated by human faeces or by direct contact with an infected person.

Hepatits A occurs worldwide, but areas with high levels of infection include low-income countries where there is poor sanitation or hygeiene practices. High risk areas include:

The most common route of infection in travellers is consumption of contaminated food or water. Simple measures to reduce the risk of infection include

There are several effective Hepatitis A vaccines available for travellers who intend to visit areas where Hepatitis A is common. Some of these vaccines have been combined with Typhoid and Hepatitis B.

The duration of protection from a completed course of Hepatitis A vaccine is a minimum of 25 years.

Japanese Encephalitis is a mosquito borne illness that can cause inflammation of the brain, and is potentially fatal. It is spread through infected mosquitos mainly from sunset to sunrise.

Despite the name, Japanese Encephalitis is endemic in 24 countries across Asia and the Western Pacific, not just in Japan. It is most common in rural areas where there is rice growing and pig farming, although it can occur in urban areas too. 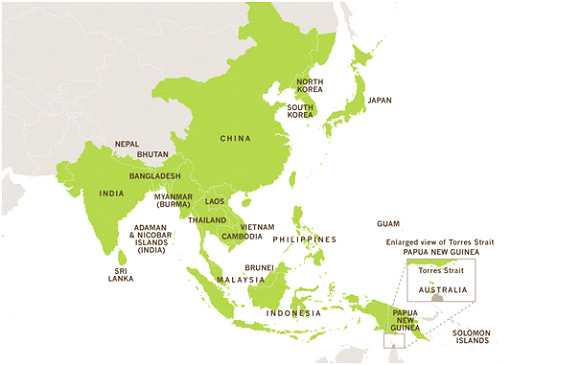 Bite avoidance, especially between dusk and dawn, can help reduce the risk of getting Japanese Encephalitis.

Meningococcal disease is a uncommon but potentially life-threatening infection caused by different strains for a bacteria species (Men A, B, C, W, Y and X). Around 10% of the UK population carry the meningitis bacteria in their nose and throat. It is spread between individuals by kissing, sneezing, coughing or during close contact with a carrier. Carriers of the bacteria generally don’t have any symptoms but can develop the disease in certain cases.

The disease is most common in the ‘meningitis belt’ of sub-Saharan Africa, stretching from Senegal through to Ethiopia. Following several large outbreaks of the disease in Saudi Arabia, certification of vaccination (with the quadrivalent vaccine) against Meningitis ACWY is now mandatory for pilgrims. 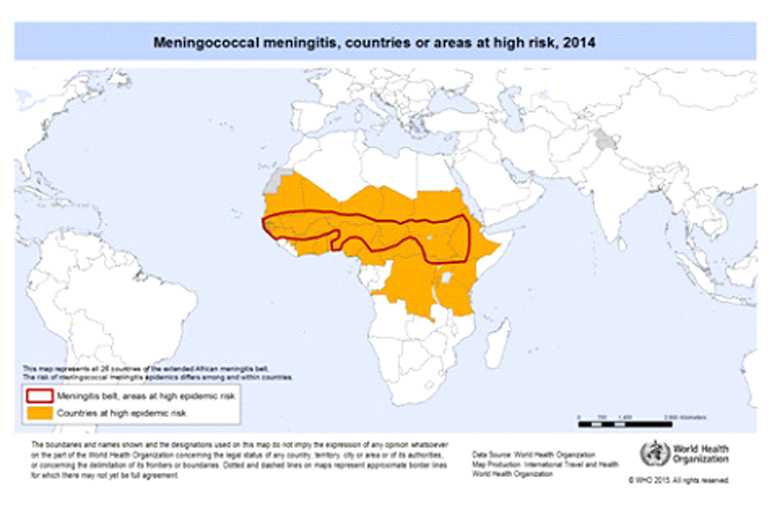 Travellers to areas within the meningitis belt are at increased risk for a number of reasons such as:

Booster dose can be considered after 5 years following primary vaccination.

We have plenty of experience vaccinating pilgrims travelling to perform Hajj and Umrah and our clinics are among those recommended by the Muslim Council of Britain (MCB). We can vaccinate you for Meningitis ACWY and give you the certificate required by Saudi Arabia for the visa. We can also offer other vaccines such as hepatitis A, hepatitis B and seasonal flu (at certain times of year) that are recommended by the Saudi Ministry of Health. Many of our staff have performed Hajj and are well placed to discuss questions you may have about your pilgrimage.

Rabies is a viral disease that is spread by a bite or scratch from an infected animal, usually a dog. It affects the brain and spinal cord and once symptoms are present, it is nearly always fatal. Rabies is estimated to caused around 60,000 human deaths worldwide each year.

Rabies is endemic throughout most of the world. 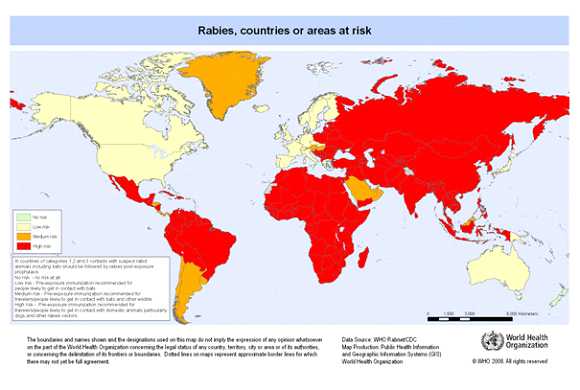 Contact with wild or domestic animals should be avoided by travellers. The following steps should also be taken following potential rabies exposure:

Rabies vaccine is recommended for pre-exposure protection to travellers whose activities put them at increased risk. This includes:

Tick-borne encephalitis is a viral infection spread through the bite of an infected tick. It can also be spread via unpasteurized milk from infected cows, sheep and goats.

The disease occurs in parts of central, northern and Eastern Europe, Siberia and parts of Asia. In Europe, early spring through to late autumn are generally higher risk, however seasons vary by location. Travellers to areas where Tick-Borne Encephalitis is present may be at risk when walking, camping or working in woodland areas.

Travellers should avoid known heavily tick-infested areas of forest and woodland during transmission seasons. Bite avoidance measures should also be employed when in risk areas and body should be checked regularly for ticks.

Vaccination is available for all travellers to rural risk areas or those whose activities may put them at increased risk.

First booster no more than 3 years after 3rd dose. After this, boosters may be given at 5 year intervals if at risk.

Typhoid fever is a bacterial disease (Salmonella typhi or Salmonella paratyphi) that is spread by contaminated food and water. Symptoms include fever, headache, muscle or joint pains, constipation or diarrhoea and a rash. If treated, most people will make a full recovery however untreated it can be fatal.

Typhoid is found globally but mainly affects low income areas where sanitation is poor and clean drinking water is not widely available. The majority of cases occur in Asia (especially in travellers visiting friends and relatives in the Indian subcontinent) but is also a concern in parts of Africa, Central and South America.

The risk can be reduced by ensuring good personal hygiene and practicing safe food and water advice.

Vaccination is recommended for travellers who are at higher risk of infection in areas where sanitation and food hygiene are likely to be poor.

Following a single dose of injection or completed course of oral vaccine, a booster should be offered at 3 year intervals depending on risk.

Yellow fever is a viral infection that is spread by certain species of day biting mosquitos. It can cause severe symptoms such as jaundice and damage to organs. During outbreaks, it can have mortality rates of up to 50% and so vaccination is recommended by the World Health Organization when travelling to risk areas.

YF is a risk in tropical parts of Africa, South America, eastern Panama in Central America and Trinidad in the Caribbean. 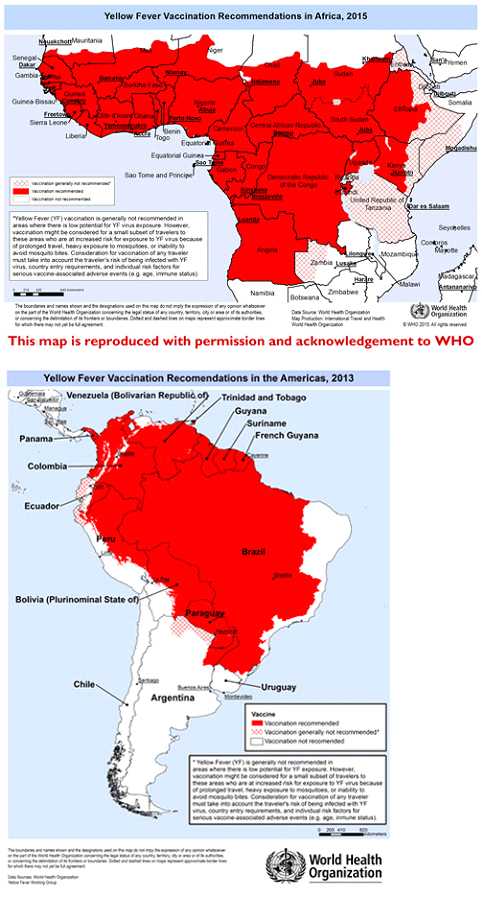 A highly effective live YF vaccine is available and in general vaccination is recommended for all persons visiting countries where there is a risk of YF virus transmission.We provide risk assessment, vaccination, advice and a yellow fever certificate if you receive the vaccine. If it is not appropriate for you to receive the yellow fever vaccine on medical grounds, we can provide an exemption certificate

Chicken Pox is a highly contagious disease caused by the Varicella Zoster virus, and enters through your respiratory tract and conjunctiva.

How do you get chickenpox?

When exposed to an infected person, 9 out of 10 people will catch chickenpox. You can get it:

People are most infectious 1-2 days before the rash appears and until all blisters have formed scabs.

Who is at risk from Chickenpox?

Chickenpox is a common childhood infection that is usually mild and complications rare. Almost all children develop lifelong immunity after infection, so most only get it once. The disease can have a more serious impact for certain people:

What is the impact of Chickenpox?

There are estimated to be 670,000 cases of chickenpox every year, which is equivalent of one case every minute. It is generally a mild illness, but in some instances it can be associated with serious complications:

Occasionally, chickenpox can be fatal, with the majority of deaths occurring in previously healthy individuals.

What is the chickenpox vaccine?

The chickenpox vaccine has been shown to provide immunity in 9 out of 10 children vaccinated. The vaccine is less effective after childhood, with an estimated three-quarters of adults & adolescents immune after vaccination.

Can I get the chickenpox vaccine via the NHS?

Unfortunately, the chickenpox vaccine is not part of the childhood immunization schedule, and is currently only given to people who are in close contact with someone that is particularly vulnerable to chickenpox.

Why not let my child get chickenpox naturally?

Chickenpox is a generally mild disease, but there is no way to know who will have a mild case or who will develop serious complications. The vaccine will provide immunity without the risk of serious complicationsof the disease. It will also prevent your child missing school, as chickenpox on average results in 6.6 days off school/childcare.

Measles, Mumps & Rubella are viral illnesses that are spread in the air by coughing or sneezing etc. They are highly infectious and can potentially cause serious and life threatening complications.

MMR are endemic in many countries around the world, and so pose a risk to all travellers. Countries in Asia and Africa often experience outbreaks, especially if there has been a natural disaster or conflict. The MMR vaccine is part of the UK childhood immunisation schedule, however many people may have missed their first or second dose and so are potentially at risk of disease.

*This schedule is pertinent to those individuals that are unvaccinated or have an incomplete vaccination record. The NHS childhood schedule should be referred to for routine vaccination.